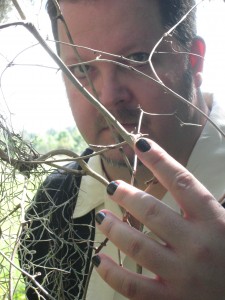 Lord Alexian has been in the Pagan music scene since the early 1990s. He holds a Bachelor’s Degree in Music from Berklee College of Music in Boston, MA. where I studied Music Synthesis, Songwriting / Composition, and Music Education.  He is an accomplished Vocalist, Pianist, Musical Director & Actor and even teaches live private music lessons online via Skype Video Chat.

He was born and raised on a small farm in Southern Missouri, in the Ozarks, where I began my love of nature and the Goddess; is the High Priest of the Orlando based Alexandrian Coven “Twisted Oak” that I founded in 1993. First initiated into the Craft in 1989.

He recorded his first Wiccan album, “Alexian: The Mother, The Magick, The Music” (http://www.cdbaby.com/Artist/Alexian) in 1992 out of which sprang Earth Tones Studios, a Wiccan/Pagan Recording Label and Online Music Store of which I am the President, Creative Director & Co-Owner.