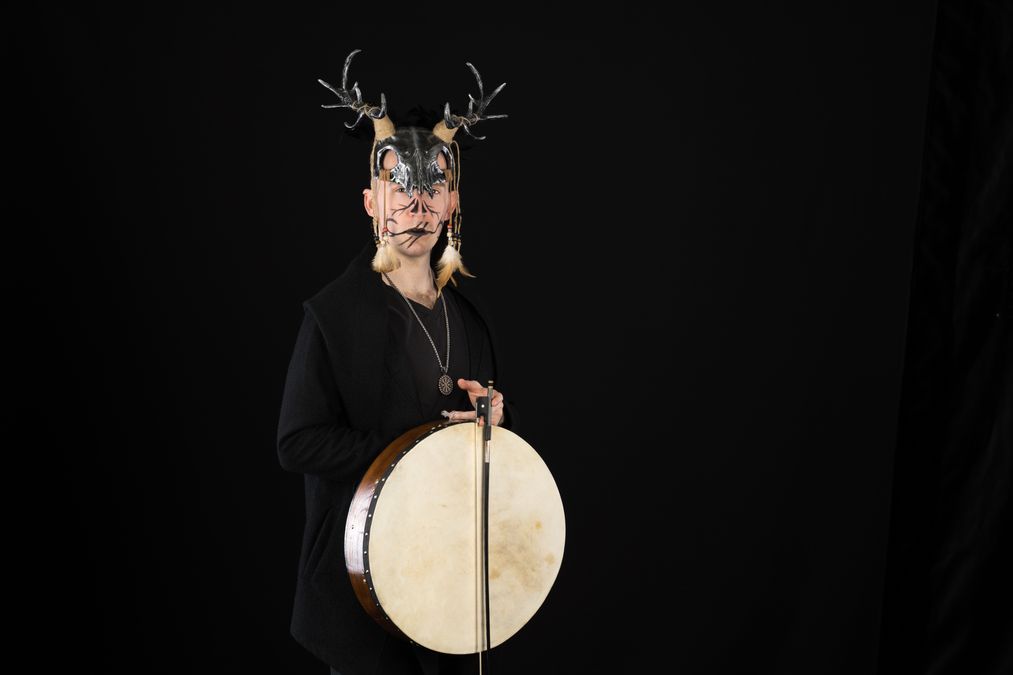 Gremnîr is a queer artist and music educator based in the San Francisco East Bay Area. Using an eclectic blend of Kargyraa throat singing, primal bodhrán percussion, and neoclassical cello, he shares original fantasy ballads and musical rituals that send listeners on vivid, dream-like journeys. As a solo performer he hopes to connect with listeners in cozy settings like the bards and skalds of old Scandinavian culture, while helping the audience revisit their heritage and understand themselves on a deeper psychological level.

“His first album, “Gremnîr,” was released in 2019, which conceptually explores the peaks and valleys of dark storytelling blended with dynamic musical textures. “Of Demons and Goddesses,” his first single released in December 2020 for solo cello and voice, is a haunting original ballad modeled in storyline after ancient Greek tragedy in theater. “Sultr,” released March 2021, shares Gremnîr’s own hungers and the personal meaning of his name in a musically grounded and visceral setting using layered vocals, percussion, and cello. Gremnîr’s July 2021 album, “Broken,” uses hypnotic neopagan soundscapes to paint a meditative journey on melancholy self-exploration, inspired by the Old Norse story Grógaldr. His latest single, “Sinnsyk,” is set for release in October 2021.
“Much of his art is inspired by sounds, myths, and legends of cultures across the globe, such as classical Persia, Scandinavia, Mongolia, and that of Native American lore.
“Booking and business inquirites: gremnirentertainment@gmail.com
“All links: https://linktr.ee/gremnir “