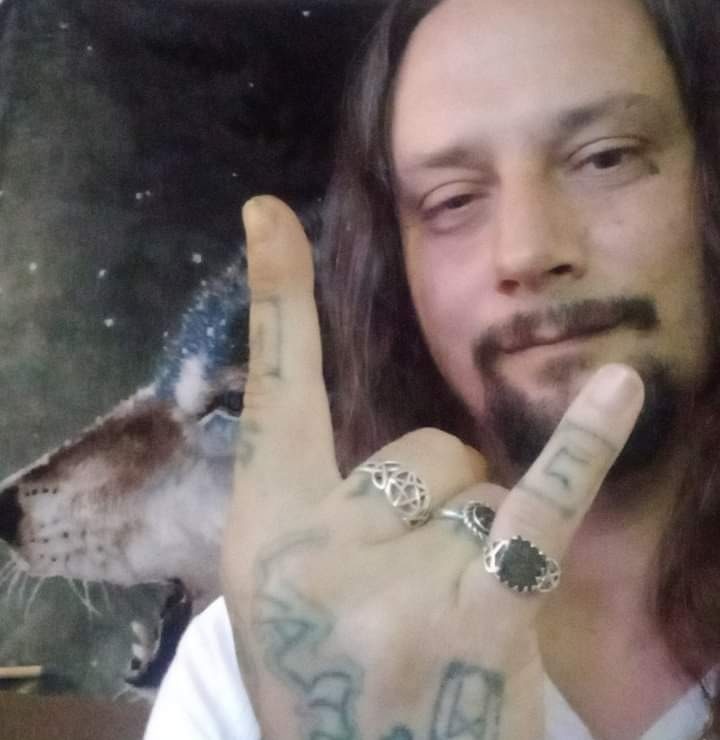 Harold Sanford Carter III or, “The Lone Wolf” as he is called, got into music during a challenging time in his past. During that time, he chose to focus on self-growth, including expanding his musical interests. He joined a self-development, where the members banged on tables and sang original songs written, which often related to their troubled lifestyles. In those days, with dreams of pursuing a career in music, Harold recalls reviewing music and music production magazines. It was then that he decided to dedicate himself to making those dreams a reality. Throughout most of Lone Wolf’s life, he has struggled with alcoholism. Unfortunately, this addiction had a negative impact on his musical career.

During his time of reflection, Harold studied metaphysics, Wicca, Witchcraft, ceremonial magick, and the occult. Although Harold at times found it difficult to evolve beyond his past, he held on to his deep faith in Wicca. It was with divine intervention from this faith, which set him free. Harold got into Esoteric/Pagan music naturally because his music has always reflected his life. He enjoys his musical Pagan path because it’s his way to reflect on the things he learns spiritually. He also finds that it is his most powerful repetitional magic.

The Lone Wolf comes from an eat or be eaten culture. Intellectualism during confinement in America is vastly different from the cognitive thinking of people in standard society. Harold’s most difficult endeavor is releasing this domestication and applying true spiritual enlightenment to his life. As such, his music reflects his life, including overcoming his hardships. The elders within the Pagan community often shine candles, in guiding him on his path. In recent days, his alignment to spirit has served him well. Harold is currently an advocate for incarcerated pagans with substance abuse issues. Not as a Counselor, per say. He demonstrates to the pagan community and to the world that positive change is possible. Harold has led and continues to lead with his actions. This is shown strongly in his music, which is reflected by his lifestyle.

Harold and his true love Monica also operate their website, located at: